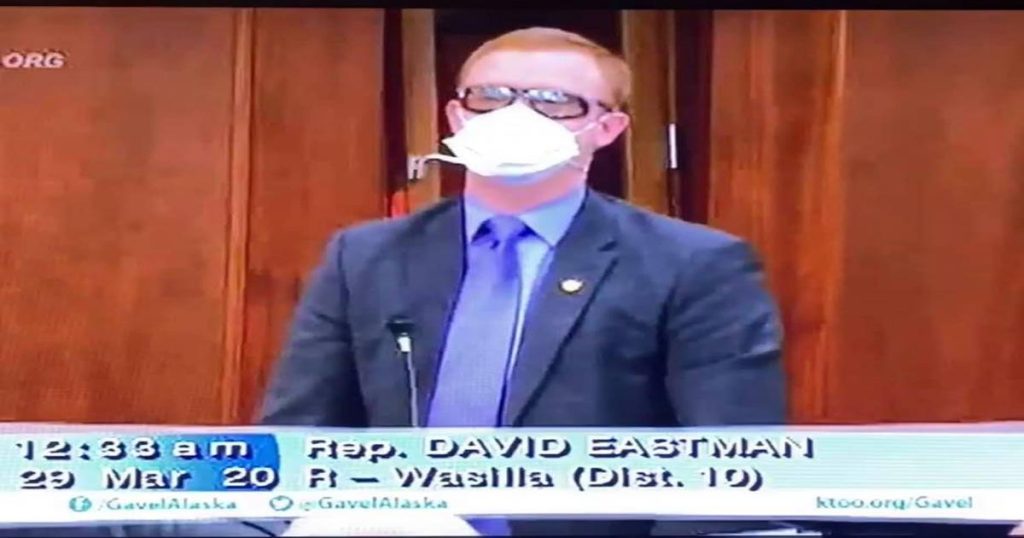 Fear of the Binding Caucus Rule Backlash Leads to Lawmakers Ducking Critical Vote that could have restored all Stolen PFD Money & Saved the Majority of Alaskans from Suffering the last 9 Months.

Terrified of losing it all in Juneau by those in control of the “Illegal Binding Caucus Rule”, Legislators once again fail to so the right thing by “Following the Laws” that we have and passing any Stimulus to help Alaskans in Desperate need.

Those in Juneau are as corrupt as they come. They had only one reason to be there back in May of this year and instead of doing it. They start pushing the Far Left Agenda and bills that have no business being heard right now.

Honestly, who didn’t see this coming?

While there to Approve the Spending of the Cares Act Money.  They started out trying to pass bills like SB114 Doubling our fuel taxes that we pay.  What they should have been doing is bring up the bill that Governor Dunleavy had handed them at the beginning of the 31st Legislative Session for this year and we all could have had $1,304.00 to use to paying our overdue bills with and at least eased a little of our suffering that has happened over this last past Wuhan China Virus year.   Instead of doing that, they decided to keep all that money for themselves to spend on the Special Interests who received the Lions Share of the Covid-19 Cares Act money and our PFD’s.

Many of these Legislators claim they are doing everything they can to protect the PFD for Future Generations. Don’t be fooled by their Rhetoric. They just are trying to buy our Votes come November.

If they truly cared about all of us.

They would have been “Following the Laws” to begin with.

Our Legislators don’t really care to fix our fiscal problems that Alaska has. They just had a meeting that 36 Republicans and 1 Democrat attended. Topics of discussion. How to pay for the State & Capital Budget without cutting a single penny from it to do it. As a Matter of Record. They actually discussed how much more it will be increased again this year. They discussed Expanding Medicaid, K-12 & Early Education Funding, Increasing the Universities of Alaska’s Funding among many other, Budget Increasing Ideas.

Why didn’t the Democrats attend this meeting? Because the solutions they presented below to do all of this, has and always will be the way they want to fix the problem to begin with.

Some of Their Ideas included:

They don’t want to fix the Budget Problems by doing the one thing that would accomplish that. You know…. Cutting the Budget