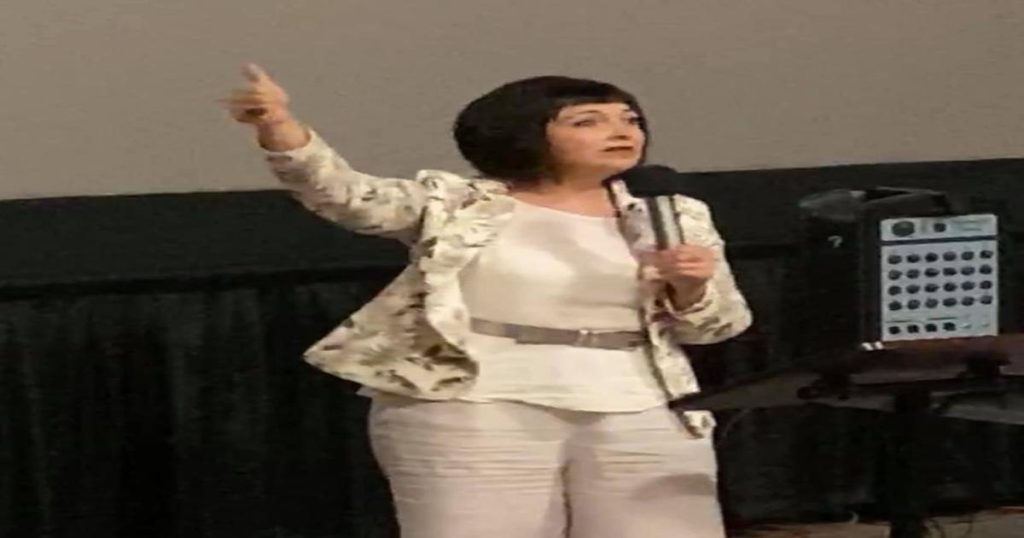 Senator Shelley Hughes hit it out of the ballpark today with what she said at the Candidate Forum tonight! Keep up the good fight! They don’t deserve a person like you. You actually have Standards, Ethics and Listen to the constituents that you represent!
Something that Senator Cathy Giessel clearly doesn’t know how to do.
Recall Cathy Giessel and Vote for Roger Holland for State Senate August 18, 2020 and hand that RINO Giessel her Pink Slip!
Form Senator Shelley Hughes:
Senator Hughes announces she is leaving Alaska Senate Majority
Tuesday, July 28, 2020 – This evening at a Chamber of Commerce event in Wasilla, Alaska, Senator Hughes announced that she is officially leaving the Alaska Senator Majority Caucus.
“When I and my Senate Majority colleagues came together nearly two years ago to organize and set our priorities for the 31st Alaska State Legislature, I was full of optimism. We sat together as a team at a location in Wasilla and set what we believed at the time were attainable goals for Alaskans. Those goals included repealing Senate Bill 91, reducing Alaska’s operating budget spending, and settling the PFD issue.”
“While there is still opportunity for the legislature to come together and work the two remaining issues, it appears only one of those priorities will have been accomplished in this legislature: the full repeal of SB 91. I am so very proud to have led the Senate’s team and effort in that work. I, my Judiciary Committee colleagues, Senator Costello and my staff worked exhaustively with the Governor’s team to present a bill that fixed the SB 91 mistake. I was very proud of the final product which was not watered down in the negotiations I chaired, but instead was a strong repeal bill.”
“I am, however, perplexed on how the presiding officer in the Senate, Senator Giessel, can now take credit for that work, when she kicked the very team who did the work to the curb. She now is also making false claims about working with the Governor and reducing the budget after she insisted that I, and others, come to Juneau last summer for a veto override session. On top of that Senator Giessel is making claims that she supported a full dividend before she was against it. Her votes and comments over the past two years have indicated her true preference to direct PFD dollars to government spending and special interests, rather than private sector spending by the people.”
“In good conscience, as a candidate accountable to the people, I can no longer stand by and say nothing when I hear such false statements from a person in a position of leadership. To be true to my principles I must walk away from a leader who has abandoned the core values around which the caucus was originally formed.”
“Having felt the accumulative weight of all the decisions the Senate President has made in the last seven months, I find it obvious that it is not I who left the Senate Majority, it is the Senate President who has left me. I am acknowledging that fact today and I will no longer be associated with her through membership in the Alaska Senate Majority.”

Time for us all to find out if our legislators will keep their promises to not join the Binding Caucus.  Video below is Senator Shelley Hughes announcing she is leaving he Senate Majority: