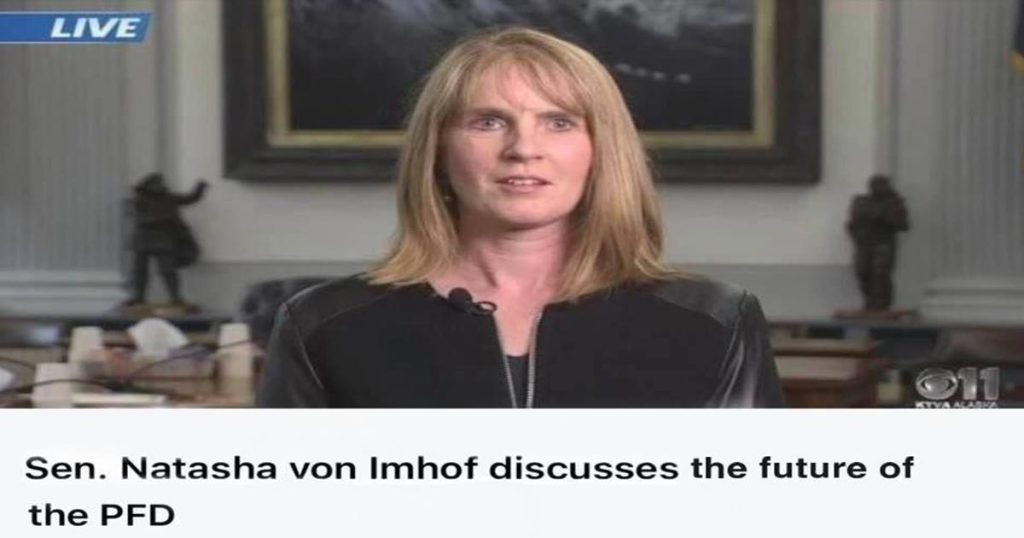 Were it all started:

Let’s begin on June 12, 2019: Can’t say I didn’t warn you that the Senate was going to come after the PFD/ERA/Corpus claiming they can’t pay the full PFD and start pushing the bill SB1002 that will change the way the PFD payout forever. This Bill needed to be rejected and they should have followed the Statute that has been used for Decades.  Instead of Following the “Law” after Alaskans had given overwhelming Testimonies to trashcan the bill.

Since that didn’t work.  We now get into the last Special Session in 2019 where they were suppose to show up in Wasilla and didn’t.  Those Lawbreaking Legislator Democrats and Republicans that went to Juneau that chose to Ignore the Law and Stayed in Juneau decided to write their own bills.  The House has, restarted the Process on HB 1002, which they now call HB1005. Alaskan’s rejected this bill in Testimonies. 98% told them “Hands Off our PFD”.  Same answer we gave the Senate about SB 1002.

The House and Senate Bills they are pushing on us all will carve out 75/25 Government/Alaskan split.

I was at the time trying to get Alaskans to “Wake Up” and Email/Call/Text/Twitter/FB Message them all! Stop the Theft!!!  Unfortunately it was like talking to a Brick Wall.

So now we have them making special road trip “Town Halls” around Alaska trying to convince us all these new bills of theirs are the only way they can pass a budget.  They now call them when finished HB2001 & HB2002.  These bills were the final nails in coffin for the PFD as we have always know it and very first time in the History of the PFD, paid a portion of our PFD’s, using “Tax Revenue”.

Once they had passed these very corrupt and Lawbreaking bills HB2001 & HB2002.  Just before the last special session was to end, they created a Special Committee of 8, to discuss the future of our PFD. They were made up of a Majority that who Controls the Illegal Binding Caucus that Sells out our Voices and Votes to be in and wanted to rewrite the way the PFD has been Paid for Decades. This is and always will be BS and because of the gravity of the Discussion at hand. All 60 Legislators, Our Governor and Every Eligible Alaskan who receives a PFD should be directly involved in the matter at hand.  Instead they let just 8 people decide the Future of our PFD’s.

Just so we are very clear here. Senator Natasha von Imhof is one of the major players in control of the Binding Caucus and has only the Minority Special Interests and Governments Pocketbook as her number one concern and screw the rest of us, because we just don’t matter.

June 30, 2019: Senator Von Imhof wastes no time coming out and declaring the PFD is the “Only Way” Their Bloated Budget will Survive. That money belongs to them to spend any way they want too.  The Special Interests of Alaska are more Important to her and them, like the Rasmuson foundation, Recall Dunleavy, Alaska AFL-CIO, CIRI, NEA Alaska to name just a few, then the “People of Alaska” who own every penny of that money, but they and her claim we no longer have any rights to any share of it, unless they say so.

Here we are and it’s July 19, 2019: Lawbreaker Senator Natasha von Imhof chairing today on bill HB/SB2002. Their version of taking all the Vetoes and putting them back into the Budget and not paying a full PFD.  This is also when she comes out with her article in the ADN declaring her Vision for Alaska and the Future of Our PFD’s/Budget.

Here is the Article I started sharing shortly after it had come out.  Read for yourselves

August 18, 2019: Governor Mike Dunleavy will be coming out with the announcement tomorrow for the rest of the budget Veto’s and PFD. No Matter what he decides to do tomorrow. I am Honored to say I have stood by him every step of the way and will continue to do, just that.

I know he can only approve or reject whatever those “Soros, UN, Dictator, Socialist, Democrat, Rino, Lawbreaking Legislators” in Juneau pass together and pass onto him.

They caused this Disaster of a Budget that has been Bloated for over a Decade and can’t forget to point out the only reason we don’t have a “Statutory PFD”, is because of their Failure to “Follow The Law”, to Pay a Full PFD. Never forget that what is written below. This is the Same Exact Battle we have been fighting for the last 4 Years Now.

Time to start taking this directly to the streets, protesting on every corner and letting them see what Alaskans really Feel about the Theft and Lawbreaking they are doing.

Contact Save The PFD or Permanent Fund Defenders for what you can do to help.

Update September 2, 2019: One story worth sharing until they Restore the PFD back to using the “Original Formula” and also put it into “Alaska’s Constitution” to be protected for future generations to come.

SB26 needs to be removed from the books. Alaska’s Legislators need to allow “All Alaskan’s” to vote on the “Future” of the “PFD”.

MSM “Must” start doing what they use to do. Start reporting the “Truth” and “Facts”. Year after year they keep trying to change the “History” behind the “PFD”. Their Lies must be dispelled.

“Alaskan’s Own Every Mineral in our Great State of Alaska”

Have you heard what Senator Natasha von Imhof is and has had to say about the PFD?

She met with Eagle River’s City Council last week, then at Common Ground Theater and is hoping people don’t realize the agenda she has is meant to expand the wealth of her family that owns the Rasmuson Foundation. During the meetings she made it very clear she views the PFD as her personnel Piggy Bank and Alaskans rights mean nothing.

She is currently running around the State giving the lawbreakers indoctrination, to the new “PFD-Budget Tool”.  Now I’m sure you are asking yourselves what the hell is the “PFD-Budget Tool”. Click this link here to read all about how our Legislators in Juneau have taken our PFD and turned it into a “Budget Item” to be paid with “Tax Revenue” and is no longer a transfer from Our ERA Account.

Updated January 20, 2020: Senator Natasha von Imhof wants all Alaskans to understand this is her money. It belongs to her and nobody else. Every Non-Profit that she sits on the board of, like the Rasmuson Foundation has more rights to it, than us Alaskans who it belongs to. She outright told the Eagle River Chamber that last month that the PFD belongs to the Non-Profits, ski trails, parks and any other group that Alaskans would call the “Special Interests”.

Wake Up Alaska! These crooks need to be taken out of office. 100% conflict of interests by her being in office and what she has had to say. Yet the other Legislators don’t care and are allowing it to happen.

Stop the theft and Save The PFD. Become a one of the Permanent Fund Defenders and protect our right to our share of the Mineral Wealth of Alaska before the Corrupt Legislators take it all away!

DO YOU NOT KNOW WHO I AM!

I AM THE PUPPET MASTER OF THE SENATE!

Recall Dunleavy, Alaska AFL-CIO, Save Our State, Rasmuson Foundation own Senator Natasha von Imhof and Senator Cathy Giessel. These two control the Caucus in the Senate. Do as they say or pay the price. Just watch the Video for them voting on HB205 State and Capital Budget and what Sen. Imhof has to say. She makes it very clear that she thinks those above are the only ones who own our PFD.

Senator Natasha von Imhof’s skill mastering the puppets like she does, is the Number One reason the Senate passed a Budget that grew by $600 Million more than last year. They needed the excuse to Steal More From Our PFD’s this year.

Vote for Duplantis for Alaska. He is ready to work for “All Alaskan’s”. Something that Imhof doesn’t know how to do.

If what she has to say below isn’t evidence enough where here loyalties. Here she is explaining how the very same people she works so hard to steal our PFD’s for, are the very same ones that are who she is pushing to get all of the Covid-19 Cares Act money. (Take A Lucky Guess who received $1.35 Billion of the $1.5 Billion that our State has received.