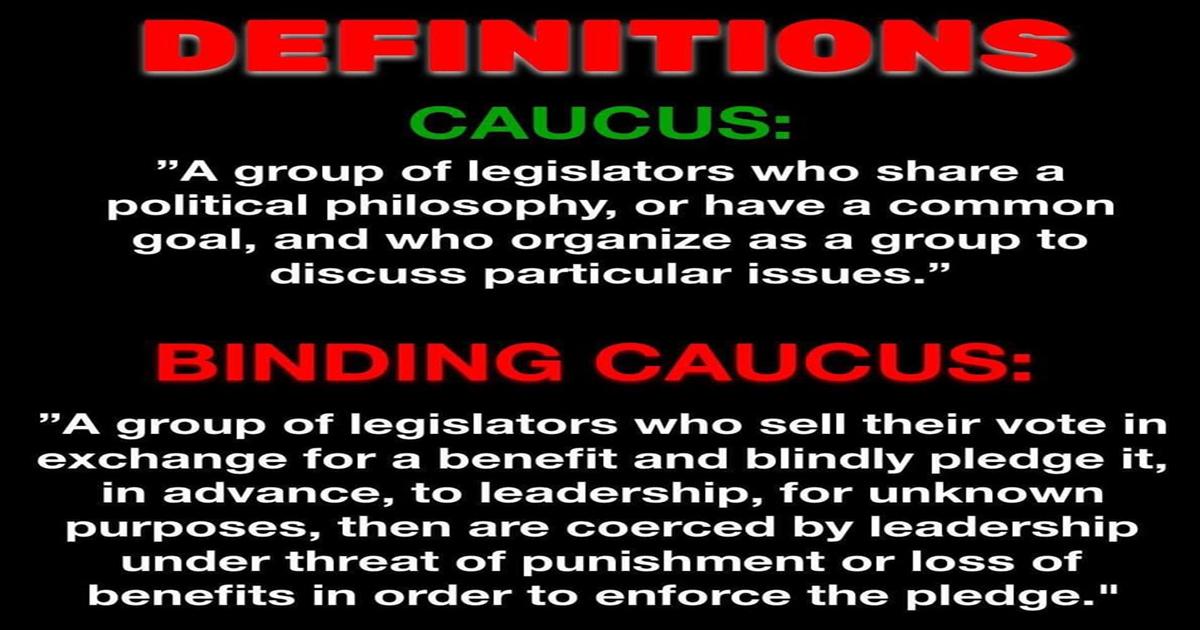 “What is a Binding Caucus”

The same Far Left Socialist Establishment of King and Queen Makers are working hard to get re-elected the same Lawbreaking Legislators.

Tons of money, $150,000 so far has been thrown into their campaigns because they see the handwriting on the wall that their Illegal Binding Caucus and the Legislators that willingly Sell Out Our Votes/Voices to be in it, are not being supported by us Alaskans.

The Lawbreakers are afraid they are all going to lose this year. They know if they lose the Power and Control to buy Legislators Votes to be a Yes when the State and Capital Budget Vote happens. Us Alaskans will be the ones who will benefit from that happening and the Special Interests like Rasmuson Foundation, CIRI, Alaska AFL-CIO, Recall Dunleavy won’t get the Lions Share of the Budget for the first time in almost a Decade.

Those Kings and Queen Makers are terrified that us Alaskans will learn the truth about them. That’s why we hear legislators like John Coghill, Cathy Giessel, Senator Natasha von Imhof, Chris Tuck, Bert Steadman, David Wilson Etc… All running ads and lying to us all about the History of Our PFD’s, making False Claims they have cut the budget 44%.  Yet the Budget in the last 5 years (Operating Budget) has increased. In just the last year that budget has increased by another $600 Million. I’m glad to hear that two out of the three above won’t be going back to Juneau this year.

Stop believing their Lies they are feeding us all. Time to Vote these Lawbreakers Out and hand them their Pink Slips. Alaskans deserve better than these lying, deceiving, Vote Selling Legislators. Time for Alaskans to make a difference and Vote these Crooks Out and Office and replace them with people who will work for “All the People of Alaska!” Not just the Special Interests that pull their Puppet Strings once they get to Juneau.

The “Illegal Binding Caucus Rule” is the Number 1 reason Alaska is in the mess that it currently is in. Legislators are more than happy to sell out our Voices & Votes to be in it. They would rather be feasting at the Table then sitting off to the side collecting the scraps.

John Coghill found out what happens when you do this long enough. Alaskans will work hard to vote you out of office. Cathy Giessel paid the price and Gabrielle Ledoux found out what happens when you continue to play both sides of the fence. If it wasn’t for a packed field running against David Wilson he wouldn’t be in our General Elections this year. Nearly 60% of the votes went to people who have never run before this year.

The Final counts for Alaska have started today.  Looking like Alaska will be in the same mess we have been now for decades.  Here is a link to the latest race results:

All of the Democrats that are running for office again this year have openly admitted they will Join the Binding Caucus, Sell Out Our Voices and Votes, Create New Taxes (Income, Sales, Raise up the ones they already have).

If this is what you want for the future of Alaska. You are truly the worst our State has in it. You are heartless and Cold toward your Fellow Alaskans. Truly you don’t care who you hurt.

News Flash…. Our worst nightmares are starting to come true. Those Lawbreaking Legislators that are running for office in Juneau. Appear to be winning again this year and looks like the Illegal Binding Caucus will be back in control of things once again.

Alaska has more people moving out than we have moving in, and it’s been this way for years now. Alaska by the Numbers…..

Alaska Senate Majority Just 7 Short Months Ago Predict what the New 32nd Session In Juneau Will Look Like…..

Why are Alaska Legislators Breaking Law? The Statutory PFD Law…

Meet the Candidates in Willow Alaska

Lisa Murkowski is the Swamp!