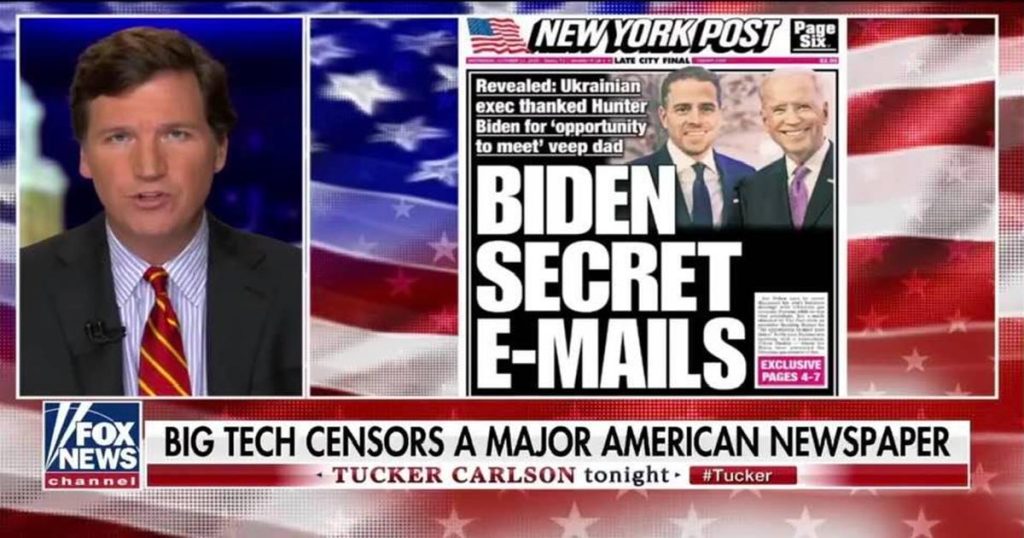 NY Post Bombshell News is being kept from every American from seeing.

Everything that President Trump has been accused of Doing over the Last 4 years and proven to be 100% False.  Now comes out to be actually what the Democrats have been doing since day one.  Staggering Amounts of Evidence has been released exposing the Biden corruption with Ukraine, China, Russia & it is being covered up.

Have you noticed the Conservative Voices are being Censored? My own Page “Politadick” is having that happen to us right now. Our reach has been cut to almost nothing. Ever since I live-streamed the “Alaskans for Trump Rolling Rally”. They have shut down every video I have made since then.

Now we have a corruption scandals that appears to be bigger than Water Gate and MSM & Tech Giants, FB, Twitter, Google are doing everything they can to keep this Bombshell News from all of you!

When this was first posted on Facebook they allowed it to reach a whole 66 people.  Censorship at it’s worse.

Mark my words here.  Don’t be shocked when the Democrats use this to Impeach Joe Biden in his first year in Office.  This here is the way they will put Kamala Harris as President of the United States.

If you Haven’t been able to read the Full Story Published by the NY Post.  Here is a Link to the entire thing.

Tucker Carlson in the video below exposes for all to see what is happening.

1 thought on “How can we trust anything that is told to us when they bury stories like this one?”