Hot off the Presses:

It is here on the campaign trail that Sumner’s deceitfulness has become readily apparent to those paying attention, as he has repeatedly failed to provide honest representation of himself and his political opponent(s).

However, Sumner has refused to disclose the details about his criminal record:

When I interviewed Sumner, he Admitted to a DUI and speeding tickets, but refused to disclose that:

In his campaign against David Eastman, is when his true colors began to show as he has publicly accused Eastman of:

–  Stealing money from Alaskans during the July 2019 Wasilla Special Session, a charge that is very easy to substantiate, but as you’ll see, Eastman did no such thing.
–  Defeating legislation that Sumner supports, a Heartbeat Bill, that Alaska Right to Life characterized as pro-choice legislation that Planned Parenthood uses to raise money and support for abortion.

Finally, the grounds for recall should be very clear:

Jesse Sumner has lost his way.  His ambition for power has driven him to lie in public about his own crimes while falsely accusing another of criminal activity.

The borough has received the Petition for Recall and is consulting with internal and external legal advisors to validate the basis for the recall and then they will issue petition books in the coming weeks.

Check back soon for updates on this exciting development!

(This Article has been updated to reflect new information that has come to our attention overnight.)

Jesse Sumner has publicly come out and apologized, so it appears, to his opponent in District 10, July 28, 2020 as of 11:11pm. (See Picture Below)  Please take note that he publicly named his opponent when he ran ads saying Rep. David Eastman took the most Per Diem out of any House Legislator during the Wasilla Special Session in 2019. (See Piture Below in Full Color).  What is missing from that apology is naming which District 10 Member he is referring to.  As of this morning, his ad is still up on Jesse Sumner’s Facebook page from July 1, 2020 that makes those claims about Per Diem.

Here is a link to that Ad:

Here is a link to his apology:

This begs to ask several questions that have yet to be answered:

-Why isn’t Rep. David Eastman named in the apology, when he has been clearly named, in the ad run by Jesse Sumner?
-Was the ad paid for to be promoted on Facebook and other places?
-If so…  Does Jesse Sumner plan on publishing an apology that lists the candidate David Eastman by name and pay for the same style advertising for his apology?
-Why after publishing his apology last night is the ad still up on his Facebook page?

It is important to point out.  The legislators that were in Wasilla Alaska at the Wasilla Middle School, where Governor Mike Dunleavy had Legally Mandated them to be to hold the Second Special Session beginning on July 8, 2019.  It was reported at the time, they were not collecting any Per Diem while there. Unlike those who were Illegally in Juneau during this same time period and were collecting Per Diem.

As more relevant information becomes available for this, we will be sure to update this Article. 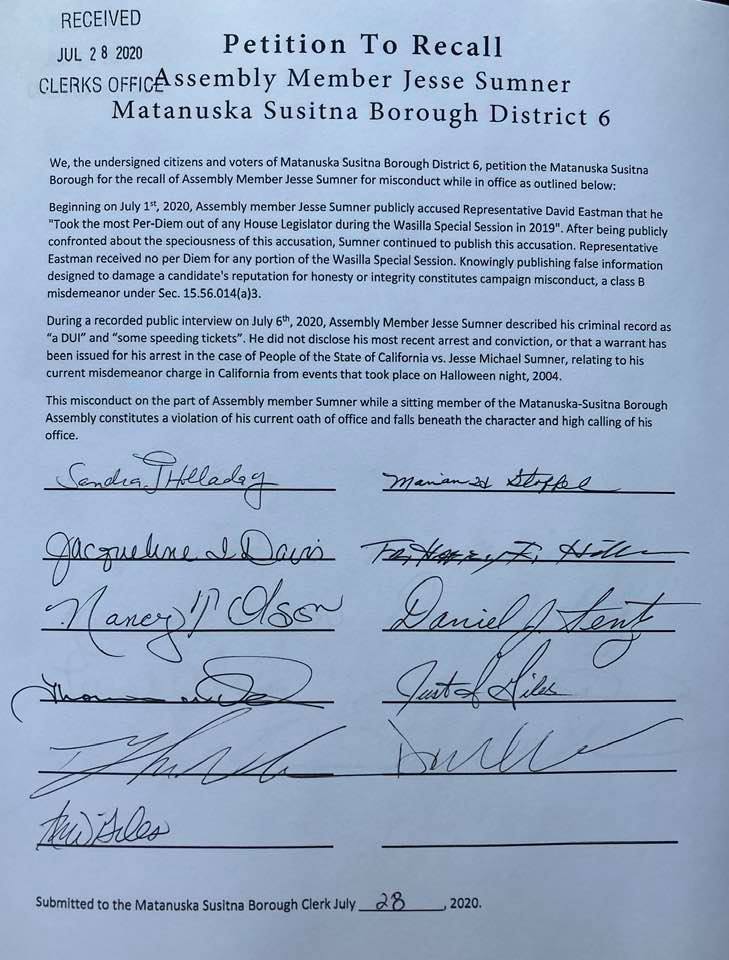 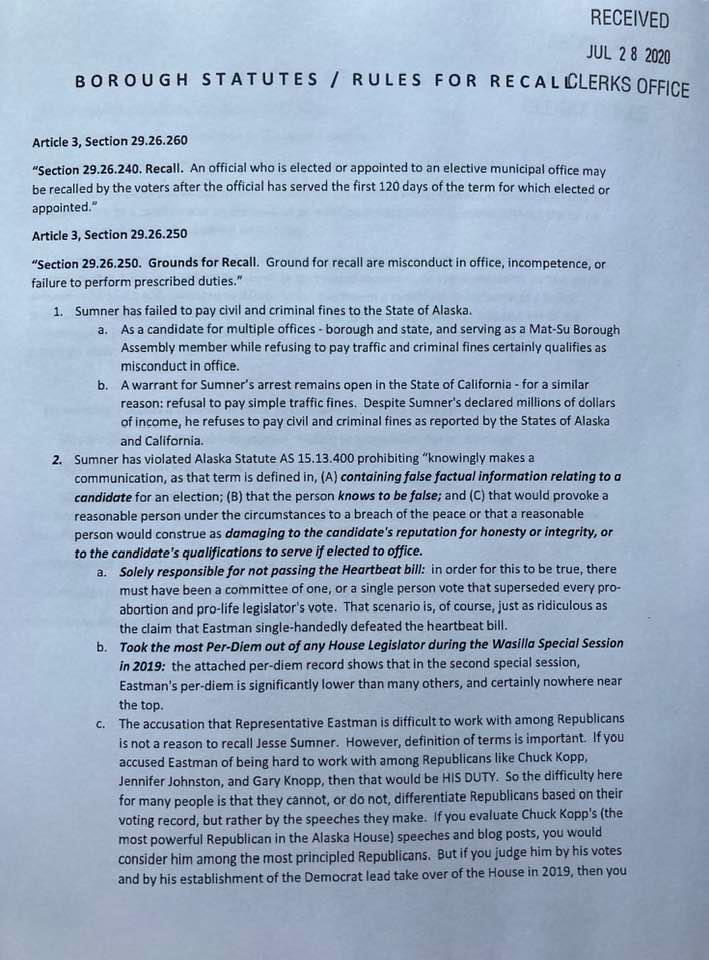 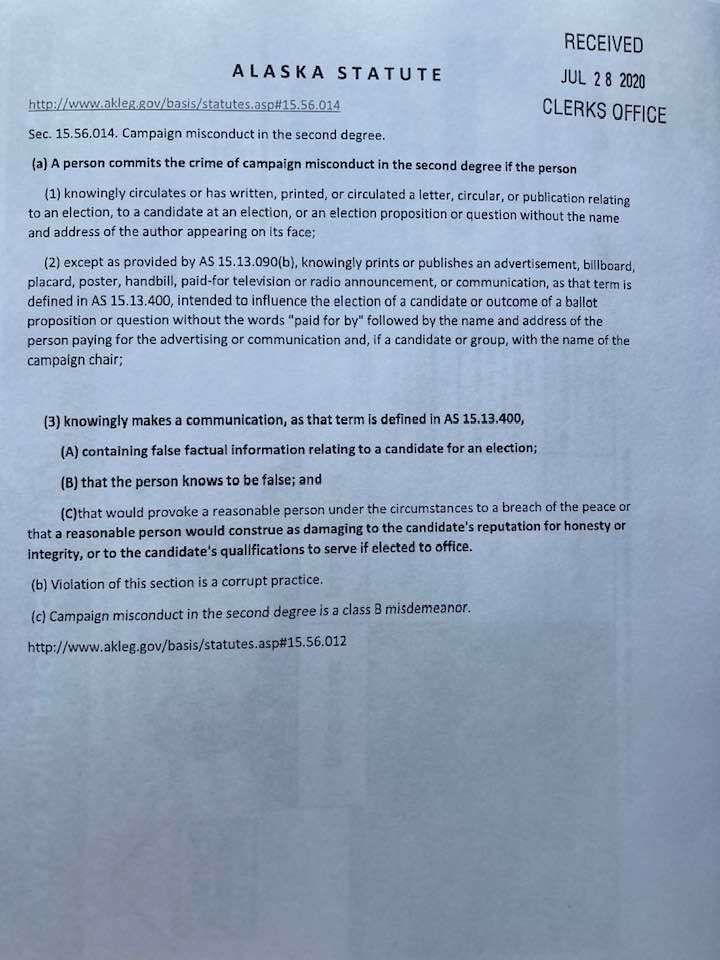 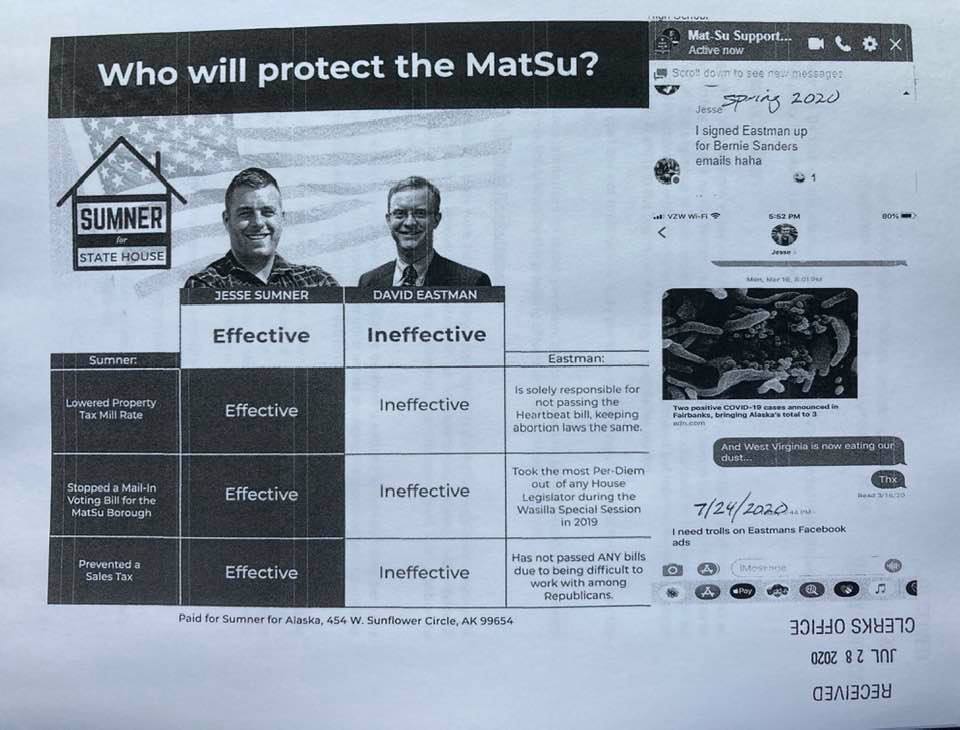 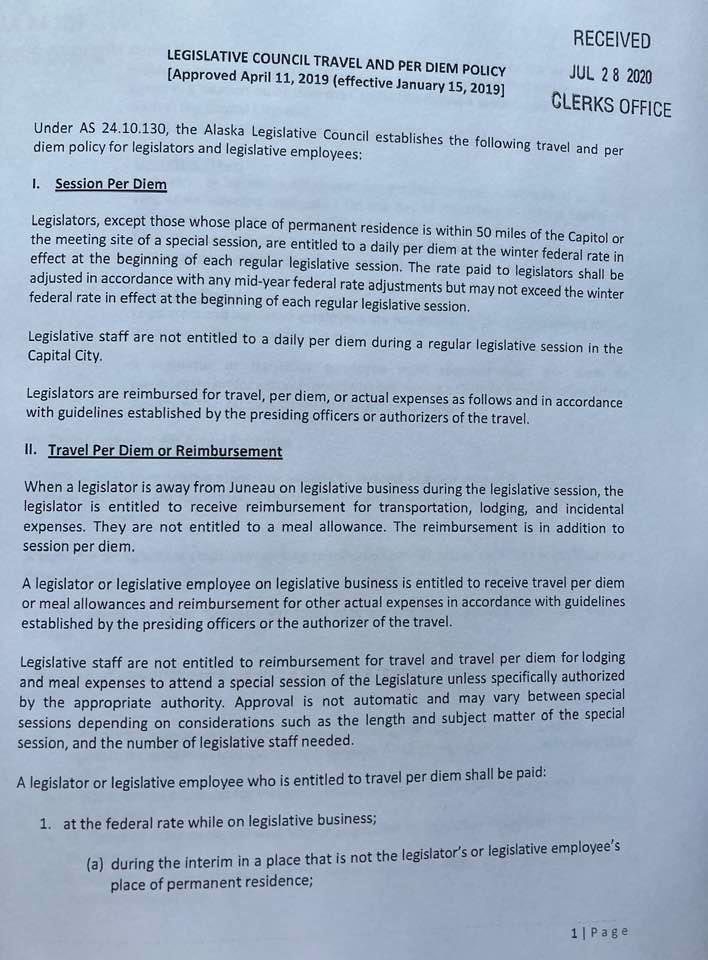 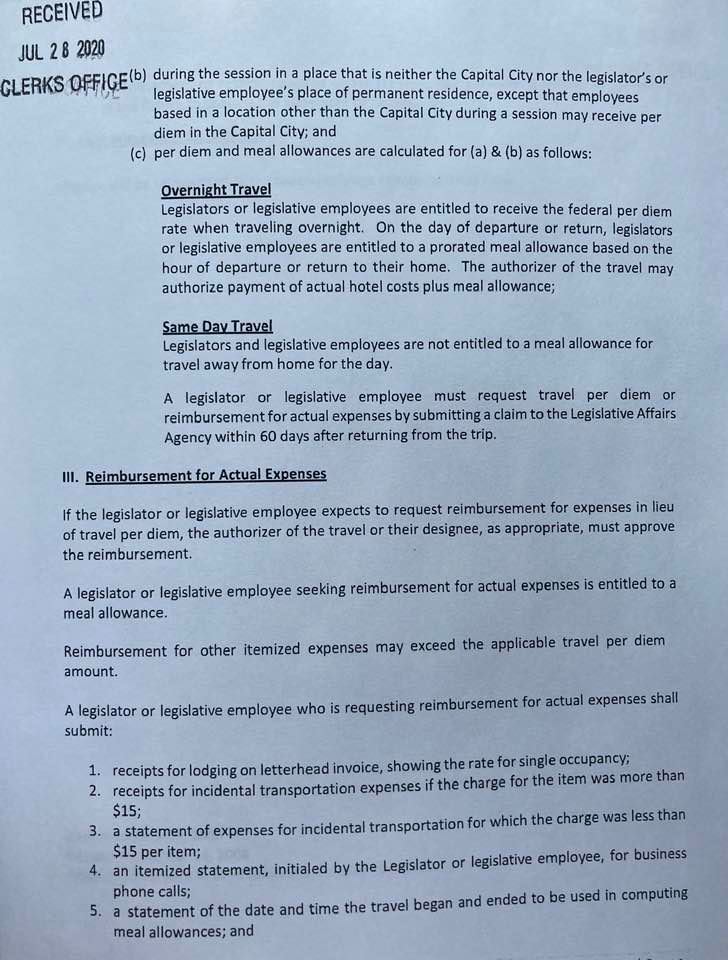 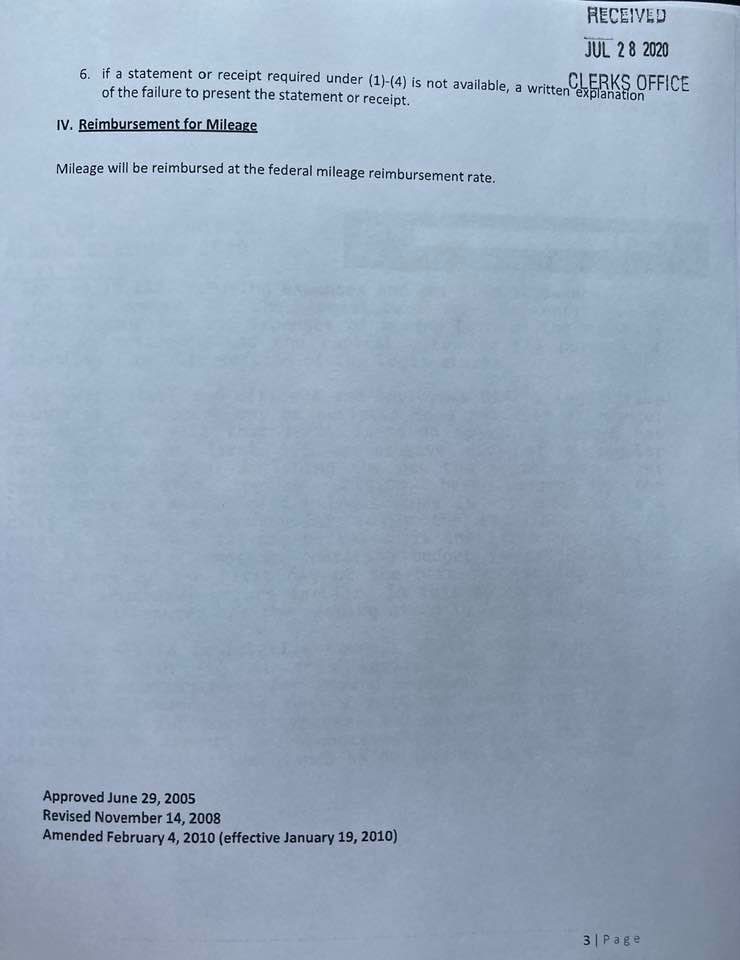 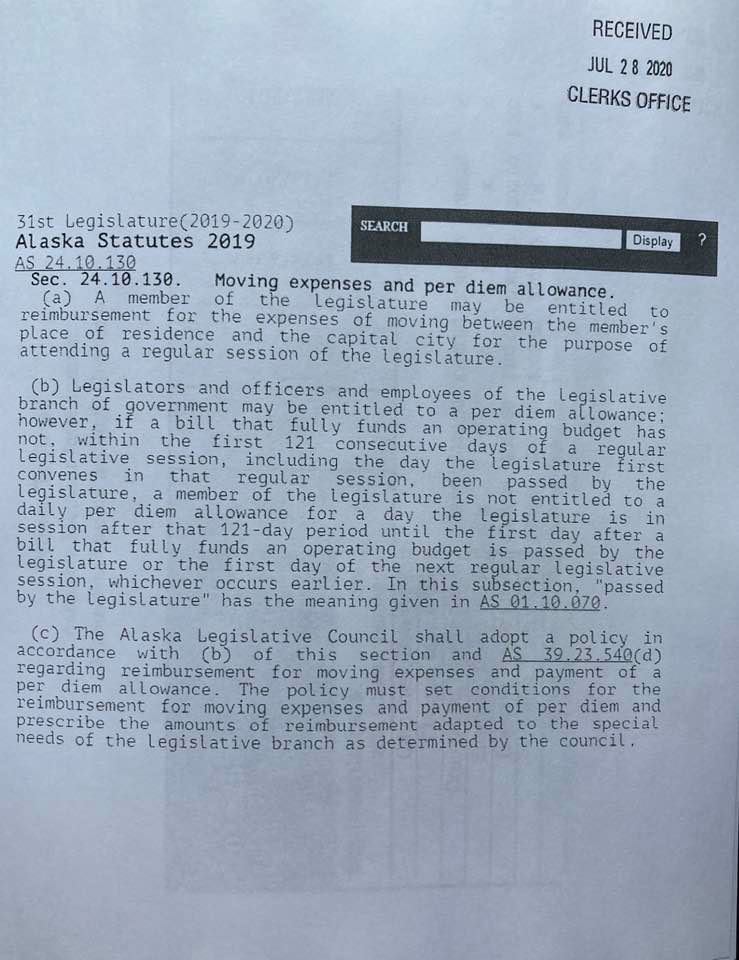 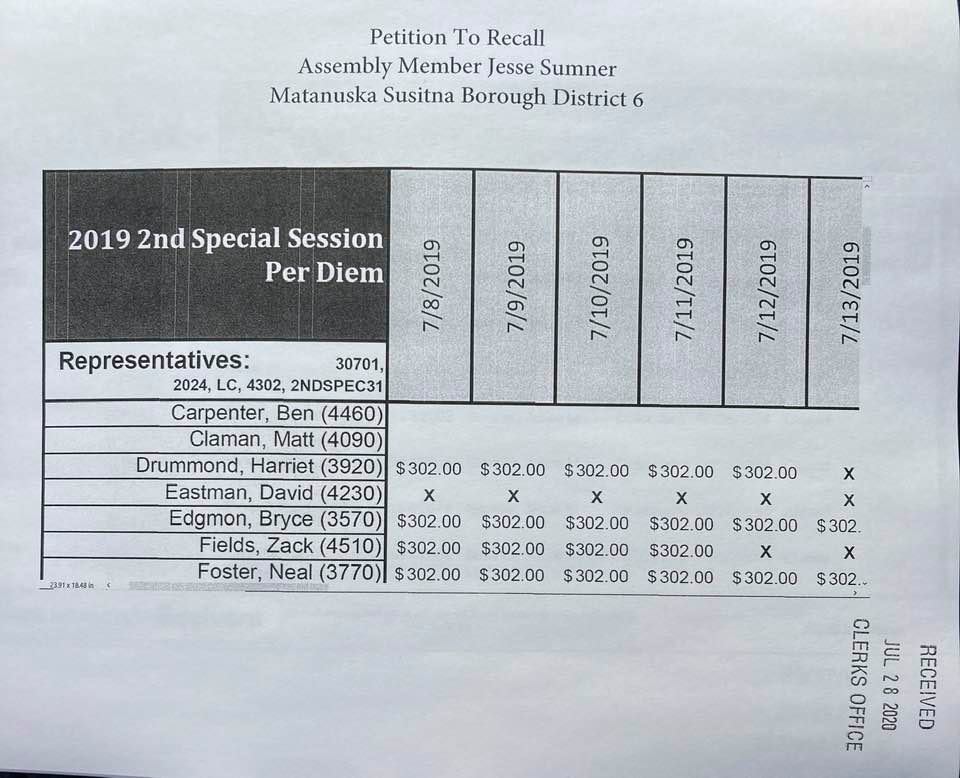 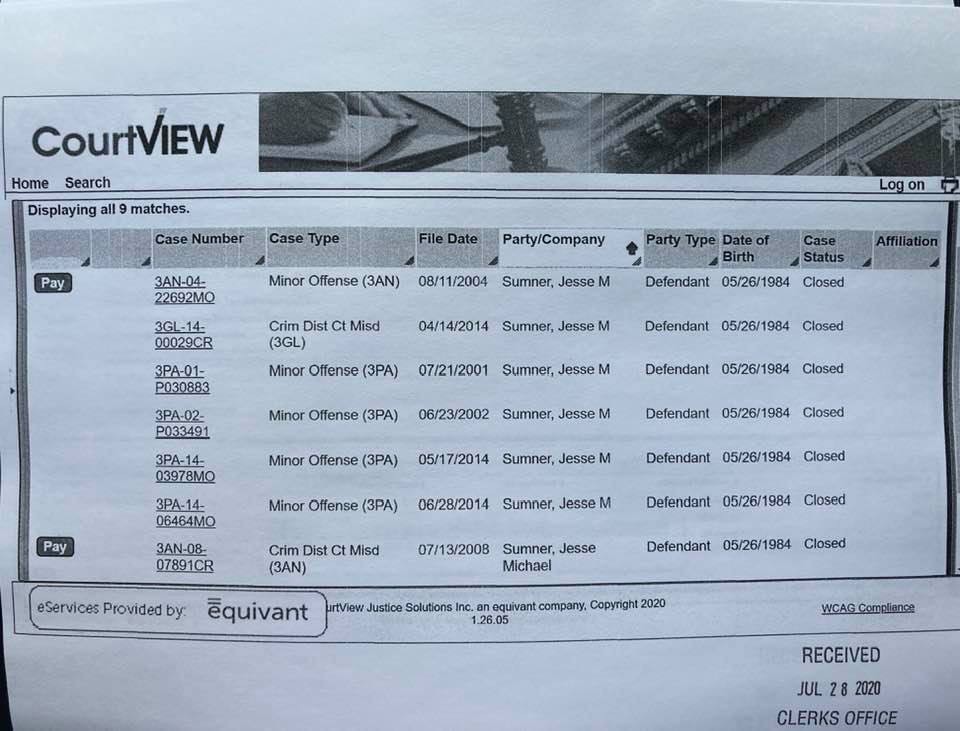 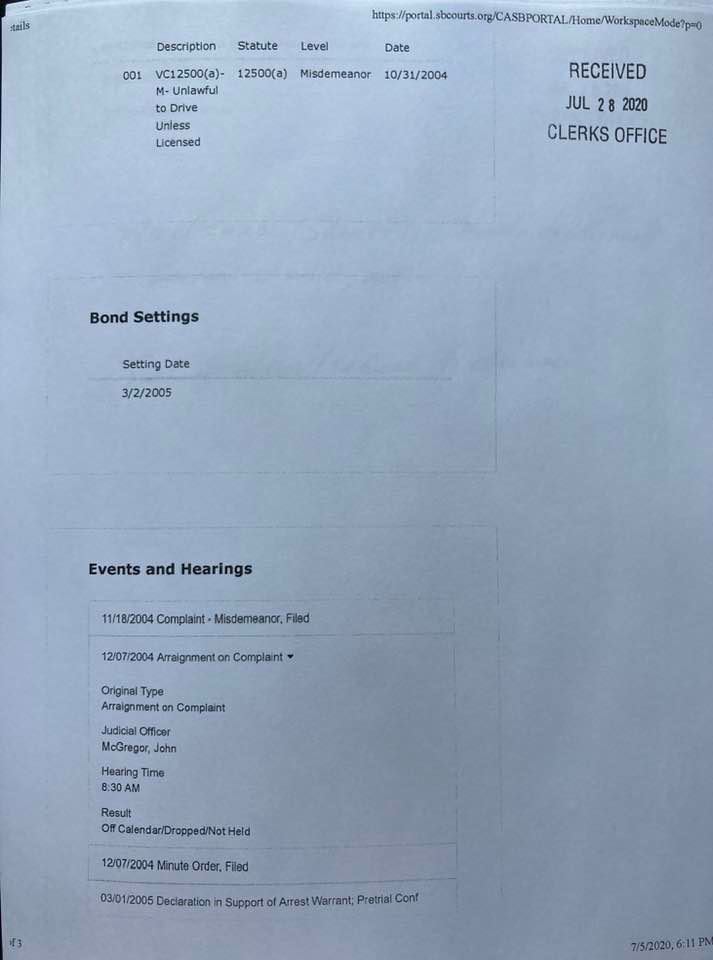 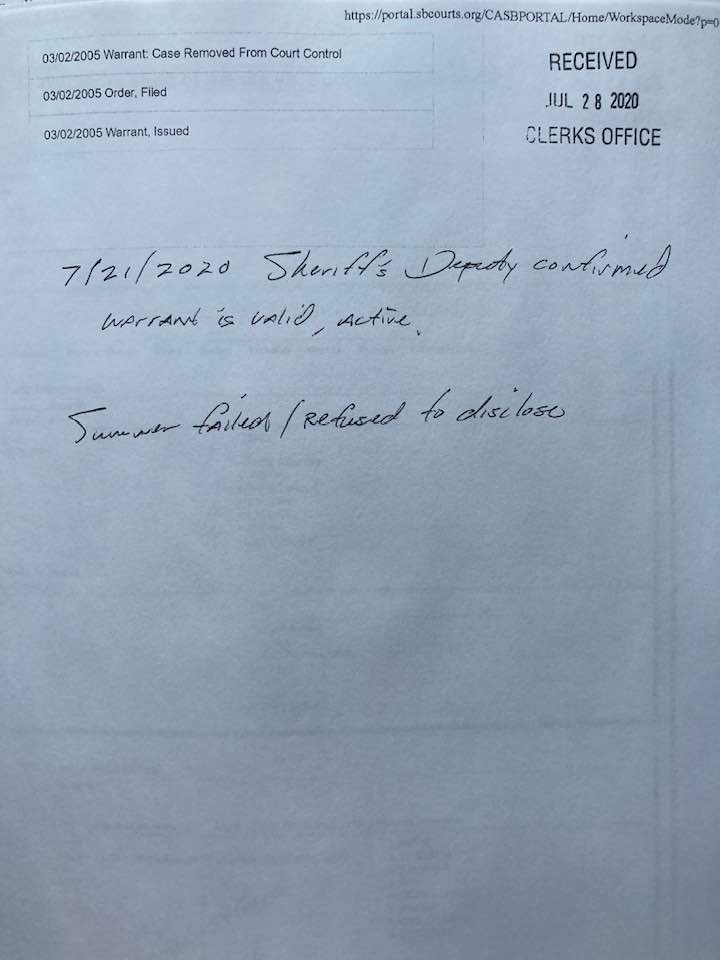 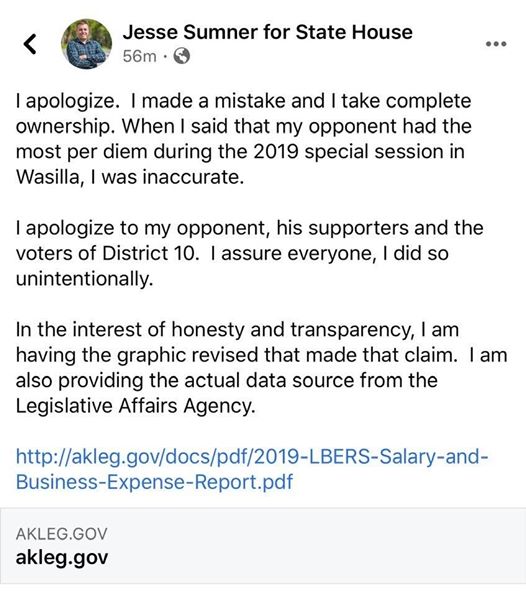 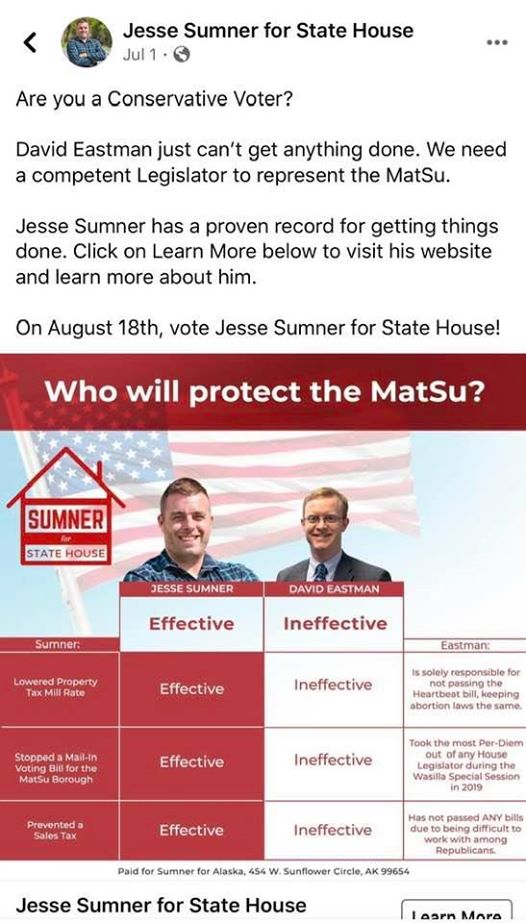 Exposing the Corruption that is happening in Juneau and around our Great State of Alaska has turned into a fulltime job. We are working hard to report what MSM won’t tell us, expose our Corrupt Legislators for who they really are and what they don’t want you to know. But, we need your help to do it. By Chipping in a couple of bucks, we will be able to expand our reach and improve our content to you!

Help Us Grow and Chip in a few dollars today.