This one is worth sharing till
2020. What he says is right out of the Democrat Playbook, being used in Washington.

I think Rep. Matt Claman needs a little help being honest with what he is really trying to say here…

Hey Matt, you have my permission to copy and paste this, to your page.
(I believe this is what he meant to say)

Last month, I was invited to speak about the importance of a fair, impartial, independent judiciary branch alongside my colleague, Click Bishop – Senator for Alaska District C at an event for Justice Not Politics.

We are suppose to have “Three Independent Branches” of government and respect for the rule of law are the foundations of the American way of life. But we honestly don’t care to Respect the “Rule of Law”.

Because of the given current climate of Legislative Branch’s overreach and failure to follow 6 different Statutes/Laws this year. It is now more critical than ever that we work harder to subvert the system, to protect the system, from having fair checks and balances, that had in the past, prevented our nation from being in the turmoil we have now created, by not following the Statues/Laws.

We now are using the Judicial System to further push our agenda. Their aid is needed, because we couldn’t do it the legal way by doing our jobs we’re elected to do.

Thank You for allowing me to express a little bit of the truth for once. Alaskans deserve to know we only care about the Laws in Alaska, as long as they fall in line with our Agenda.

Rep. Matt Claman believes there is only one branch with ultimate power. The ones the Democrats and Rino’s control. Just look what they did in the House in Juneau this past year. Clearly they have abused their power and used the Judicial system to Legislate their jobs for them when our Governor has exorcised his, with the Big Red Pen.  Between the Recall, Legislators Suing over Education, Federal Government stepping in and Saying Legislators need to do their “JOBS” and cut the Regulations that prevents all the Medicaid cuts that need to happen.

It has become painfully obviously they love abusing their power and taking it away form others using their Caucus Rules. What makes this even worse is, the Judicial Branch is working hand and hand with them, writing “Laws” from the bench. Which in’t their job. They are suppose to “Follow the Laws”, not make up new ones…..  (Feelings, Nothing But Feelings being ruled on with Recall Dunleavy).

Over and over again we have had to hear Matt get back up on his Soap Box about his pride and joy SB91 and how wonderful that Bill was for all Alaskans. He is one of the one who advocating to keep the Criminals in Alaska and let them run the Facility. Not once has he offered anything as a solution to the problem that will fill 200+ Open Correctional Officers Positions.

Time to Recall these lawbreaking Legislators that only care about what the “Special Interests” want. If that doesn’t work. They need to be voted out this November and replace with people that care about “All Alaskans” and not just those who’s pockets they are lining with our money.

After the last few Weeks we have all had in DC and here. One thing has become perfectly clear. The Socialist Democrats believe Nobody is Above the Law! Unless of course you are a Democrat, Illegal Alien or One of the 38 Lawbreaking Legislators in Juneau.  $2 Trillion from them to cater to the Special Interests From DC and another $1.7 Billion from Our PFD’s to cater to the Same Special Interests here.  Meanwhile the Middle Class working Poor of Alaska get the Shaft.

Can anyone else see that this isn’t just a problem in DC. I have been Reporting that those in control in Juneau, all believe our Constitution, Statutes and Laws only apply when it matches their agenda. If it doesn’t, they whine that they don’t mean what we think they mean, we are all wrong and what they say is right. If you don’t do what we “Feel” you should do. We will just do what we want anyways. Stripping all that oppose us of any voice they will have, for the people they represent. Then we will change the very laws that they know they are breaking long after the fact. That way they can claim their “Feelings”were all correct to begin with.

Those in Juneau have over and over again made it clear for the last 5 Years. The only thing they care about is growing our government, giving more of our money to “Special Interests” and making sure those Special Interests, that they kept well funded, continue to campaign and vote for them again. Leaving the rest of us to ultimately pay that bill, with our hard earned money, they have stolen from all of us, every last child, women and man in Alaska. Taking from nearly every Alaskan 18% or more of a persons yearly income on average, Directly out of 650,000 Alaskans PFD’s. 225,000 people in Alaska are reported living in Poverty. Nearly 1/3 of Alaska is living off of welfare in one form or another. Time to end the madness and start bringing these legislators up on charges for the corruption, blackmail, extortion, coercion that is going on within Juneau and the Caucuses that are in control.

One last one here. 4 Statutes and Laws they broke last year out of the 7 I know of. 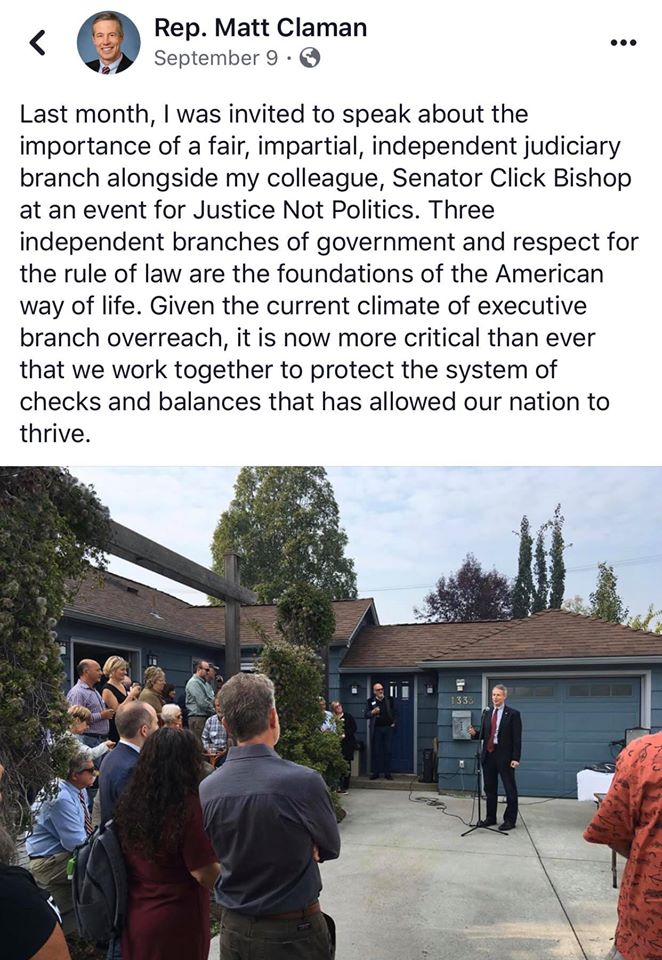 2 thoughts on “Nobody is Above the Law Unless…”