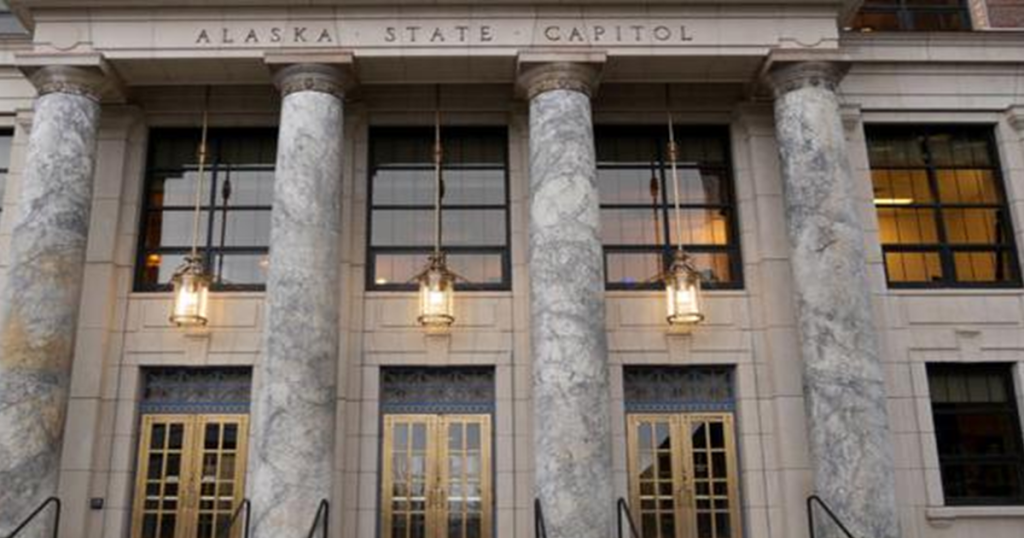 “The Sweep” “The Reverse Sweep”
Click the link here to read why
Governor Mike Dunleavy
is 100% correct that this is all their fault. Link explaining what “The Sweep” is all about.
Update July 28, 2019: This one is worth sharing one more time. If only those “38 Lawbreakers” in Juneau would have come to Wasilla, like they were legally suppose to of have been. This could have all been over on the 8th of July.
Update August 12, 2019: I’m thinking this will be a post worth sharing until 2020… It’s all the 38 Lawbreakers fault that they had to wait August 8, 2019 for Hundreds of Thousands of Alaskan’s suffering, that they caused, to finally come to an end.
Update October 21, 2019: I’m sure you have all seen the Socialist Left of Alaska screaming at the top of their lungs, about PCE Program. (The Power Cost Equalization Program). What they fail to point out to you all is, this was a part of “The Sweep”, that 38 Lawbreaking Legislators, who hid in Juneau when they were suppose to be in Wasilla failed to do. But if you read certain Rag so called “Journalist” that works for the Democrat party. You would think that them, not having that money, was all Governor Dunleavy’s fault. They continue to lie to us all to push their far left agenda, that has no bases in reality.
Why are they Lying about this?
Maybe one of these people have the answer, to this question I have:
I will keep sharing this post until the 2020 Elections are over. All Alaskans need to know that it was all the Lawbreaking Legislators fault that there was Hundreds of Thousands of Alaskans that were suffering without funding. All Because they couldn’t do the job they were elected to do.
Save Our State, Recall Dunleavy, Alaska AFL-CIO, NEA-Alaska, Great Alaska Schools Anchorage, Alaska Senate Majority, Alaska Senate Democrats, Alaska House Coalition, Alaska House Republicans and all the other 7,000 Non-Profits in Alaska not listed here, like to use what happen here to try and blame that all on Governor Mike Dunleavy. The truth is. the only people to blame are the 60 Legislators in Juneau and the Lawbreaking 38 of them there, that Refuse to Follow Alaska’s Constitution, Statutes and Laws.
Updated January 16, 2020: The Lawbreaking legislators are already back to their corrupt games and are not even in Juneau yet. Democrats pre-filling Bills that would eliminate their responsibility to pay back the CBR and make sure “The Sweep” never happens again. They don’t want all of their Slush Funds, Rainy Day Funds exposed for the public to see like it was last year. Once “The Sweep” was completed. They had sitting in their CBR Account enough to pay the Entire Budget, never touched a dime of what they originally had in the CBR and could have paid us a Statutory PFD. But they lied to us all. Made what happen into one of the worst things 60 Legislators could have ever done to All Alaskans and blamed their failure to do their jobs on the Governor.
Don’t just take my word for it. Read all about the Bills they have filed for yourselves…

Why is this important to know?

To put is as simply as I can. They put the Future of “Every Alaskan” into a vote they knew if they had not played “Politics” with “Alaskans Lives” to get the Votes. HB205 never would have passed.

Now the Caucus wants you to never truly understand they have enough money to pay the entire budget and never touch a penny of the PFD, if they were to use all the Rainy Day/Slush Funds they they have hidden away in all of the accounts that “The Sweep”, captures each year.

Stop believing the lies they are telling us all. Click through and read what is on all the links on the posts. It will give you the complete story why our Legislators use Blackmail, Extortion, Coercion, Threats, Binding Caucuses on the Final Vote in Juneau, using Our Alaskan Lives as their pawns to get the votes they want, year, after year, after year……

Updated October 25, 2020: Those Running for Office right now are using the “Sweep”/”Reverse Sweep” as a scare tactic to Vote only for Democrats. They Say Republicans want to Eliminate the Power Cost Equalization part of the Sweep.

Let’s give you all a reality check here….

There is over a Billion in that Account. We add money to it every year. Over a Billion sits in that Account. They say it lowers the Costs of Fuel in Rural Communities. In reality it lines the pockets of the ones selling you the gas with Hundreds of Millions above the costs to deliver to these Communities Lets put a few numbers behind what I just said.

Bethel, lets say ships in 2,000,000 Gallons a year. They pay the going Rate for a Distributor for that Gas and it costs them $1.50 a Gallon. So to purchase those 2 Million Gallons it now costs them $3 Million Dollars.  Now in addition it costs $3 Million to deliver that Fuel to Bethel.   This brings the Total Cost from start to finish to $6 Million a year to get it to Bethel.

After they shipped it to Bethel claiming the PCE (Power Cost Equalization) lowered the Price from $8 per Gallon, to $6 per Gallon. So the PCE Pays them $1.50 a Gallon to keep the Prices Down.  Total Savings they claim is $3 Million a Year. (This Money comes out of the PCE Account directly paying the Distributor in Bethel)

+$3 Million to buy 2 Million Gallons from the distributer

-$3 Million From PCE Refunding them for shipping costs

$12 Million in Gross Sales a year

Yes your read that Correctly… $9 Million a year in Profit.

This Same gas sold in a town without PCE:

The sell that same gas for $3 a Gallon.

Take Home is a Whopping $3 Million a Year! C

an you see why this needs to come to an end yet?

Foot Note to what is said just above. This is not exactly how it works for Power Cost Equalization. But it does give you an Idea of the concept behind what they are doing. There is no reason they should need a Billion Dollars in the Account. Everybody that I have talked to says this is just a Rainy Day/Slush Fund Account that they use to make us look like there is never any money to spend. This is similar to what the School Districts have tucked away in our State.   If I was to  wager a guess there is a Billion in their Rainy Day/Slush Fund Accounts that they never talk about actually having.

We here at Politadick need your Support. Without your donations we cannot afford to keep “Breaking the News” that MSM and our Legislators refuse to tell you.  Anything you can give helps.

Below is what I have been sharing for two years that completely breaks down what “The Sweep & The Reverse Sweep” really is and how it is use to Blackmail & Coerce Legislators to Vote for the CBR draw in the Budget.

Here is a link to a meeting they just had in the House last week in the Juneau. In it they breakdown what “The Sweep & The Reverse Sweep” is all about. Now inside many of the Accounts they are Sweeping have Hundreds of Millions of unspent Revenue that will never get Spent. Many of Alaskans would call these accounts “Slush Funds/Rainy Day Accounts”. All told, if they were to clean up all the excess they have there. They could add a few Billion Dollars back into the CBR that would get them closer to paying back what they have stolen from it and completely cover their shortfall for this years budget without having to touch one penny of our PFD’s.

They could stop what “Triggers the Sweep” from happening in the first place. All it will take is for the to pay back what they have spent out of their Version of our PFD’s ERA & Corpus. Put the money they have stolen back into the CBR and this political Football of theirs wouldn’t be even on the table to Blackmail Legislators with year after year.